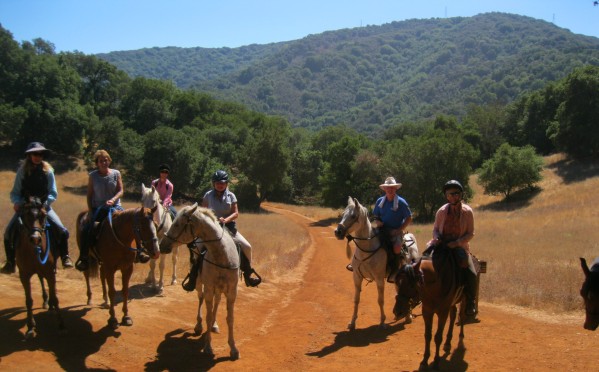 Rancho San Antonio  is a 3,988 acre preserve on the South side of town, with well maintained hilly trails that will give you and your horse a good workout.  There are many access points from Los Altos Hills:  Hidden Villa, Rhus Ridge Rd, Laura Rd (near the quarry), Ravensbury Ave, and Mora Dr.

Hidden Villa  is a nonprofit farm and summer camp with 1600 acres and beautiful trails connecting to Rancho San Antonio.  Many of us have early memories of horse shows at Hidden Villa, and the Duveneck family has had a lasting impact on our town.  Hidden Villa is open to equestrians most of the year, but does close during their summer camp from mid-June to mid-August. 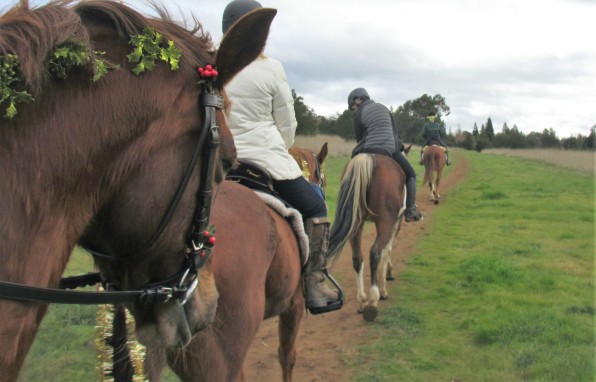 Esther Clark Park  is a small open space park on the east boundary of Los Altos Hills, with a lovely flat path (great for a canter) through an open field. 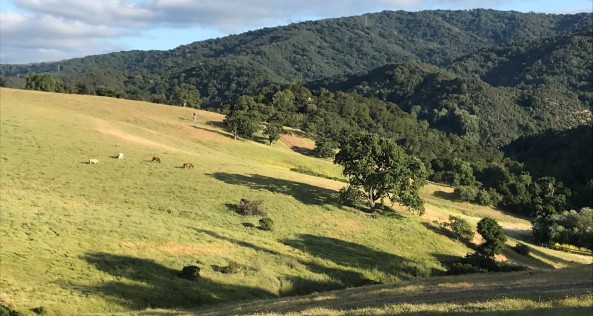 Byrne Preserve is a 55-acre nature preserve connected to Westwind Barn that was established by the Nature Conservancy.   Parts of the preserve are used as open pasture for a few lucky Westwind Barn horses, so care must be taken to close all gates when passing through.  The preserve provides a beautiful connection between Westwind Barn and Hidden Villa.

Arastradero Preserve  Located on the north west border of town, Arastradero Preserve consists of 533 acres of Palo Alto land, with rolling  hills and both open and shady areas.  It provides direct access to Portola Pastures, and also allows equestrians to access Portola Valley trails.  The Alpine Inn, on the corner of Alpine and Arastradero, is a popular destination for equestrians to tie their horses at the hitching post and grab a burger.

Saddle Mountain Open Space This is a small open meadow on the North end of town, and a great spot for a picnic and a graze.

Windy Hill  Although not directly adjacent to or within Los Altos Hills, equestrians can ride from Los Altos Hills to Windy Hill Open Space Preserve via Arastradero Preserve and connecting Portola Valley trails.  Windy Hill Open Space Preserve has 1335 acres and is a beautiful ride up to Skyline.  If you don’t feel like a hamburger at the Alpine Inn you can grab a sandwich at Robert’s Market deli on the way, for a picnic at the top.  Not all trails are open to equestrians to be sure to pay attention when choosing your route.

Juan Prado Mesa  This is a small preserve on the south east side of town, which connects equestrians via the Bob Stutz path, Chamise trail of Rancho San Antonio, and other Los Altos Hills pathways.